Overclocking the ASUS GeForce GTX 770 DirectCU II OC video card was simple thanks to GPU Tweak and we had great results for this card. The defaults speed core clock speed on this card are 1059MHz on the core (1111MHz Boost) and 7012MHz on the 3GB of GDDR5 memory.

Just for fun we took a look at overclocked power consumption and we found in 3DMark Fire Strike that power use went from 367W to 393W, which is an increase of just 26 Watts. The ASUS GeForce GTX 770 DirectCU II OC would hit 57C with stock settings and 60C with the overclock, so overclocking doesn't really add too much more heat or power draw!http://www.legitreviews.com/article/2202/15/
Zum Vergrößern anklicken.... 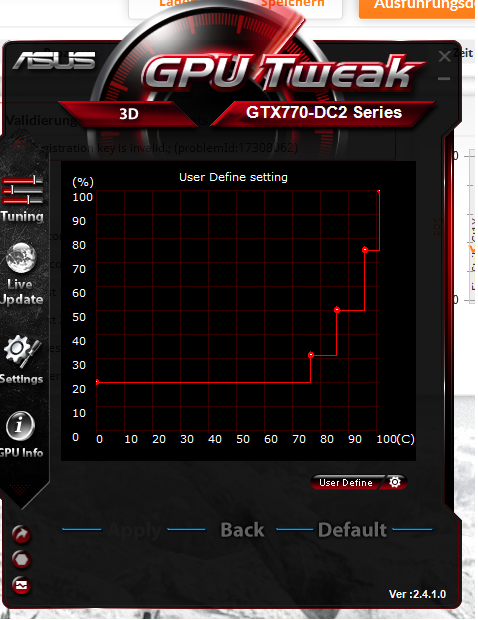