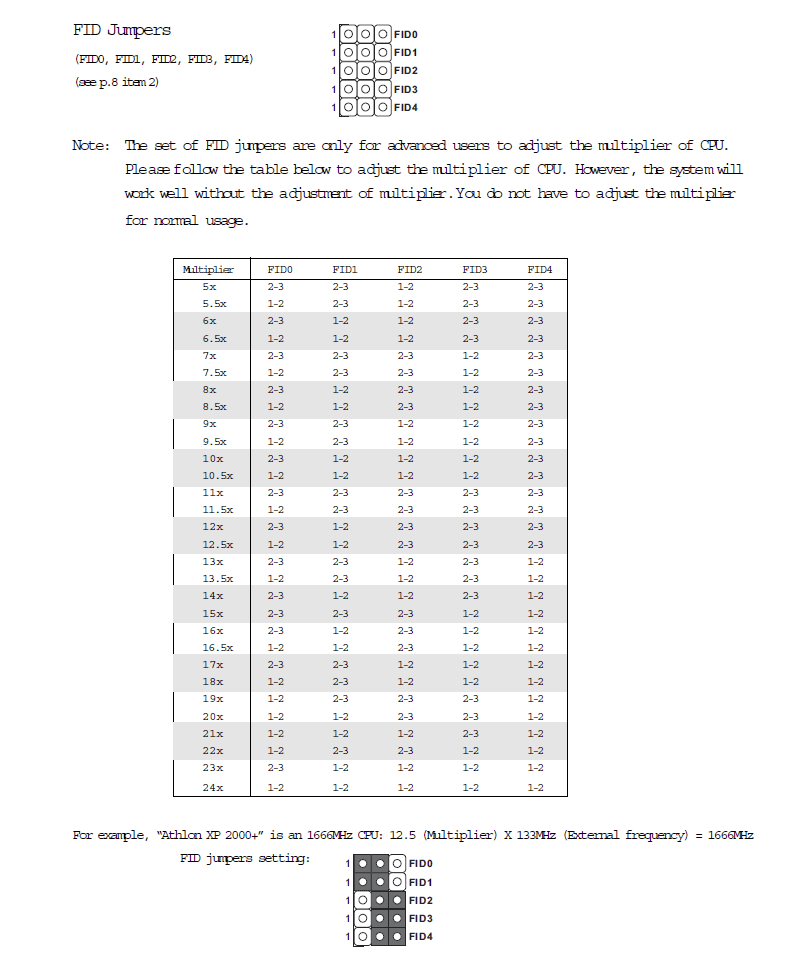 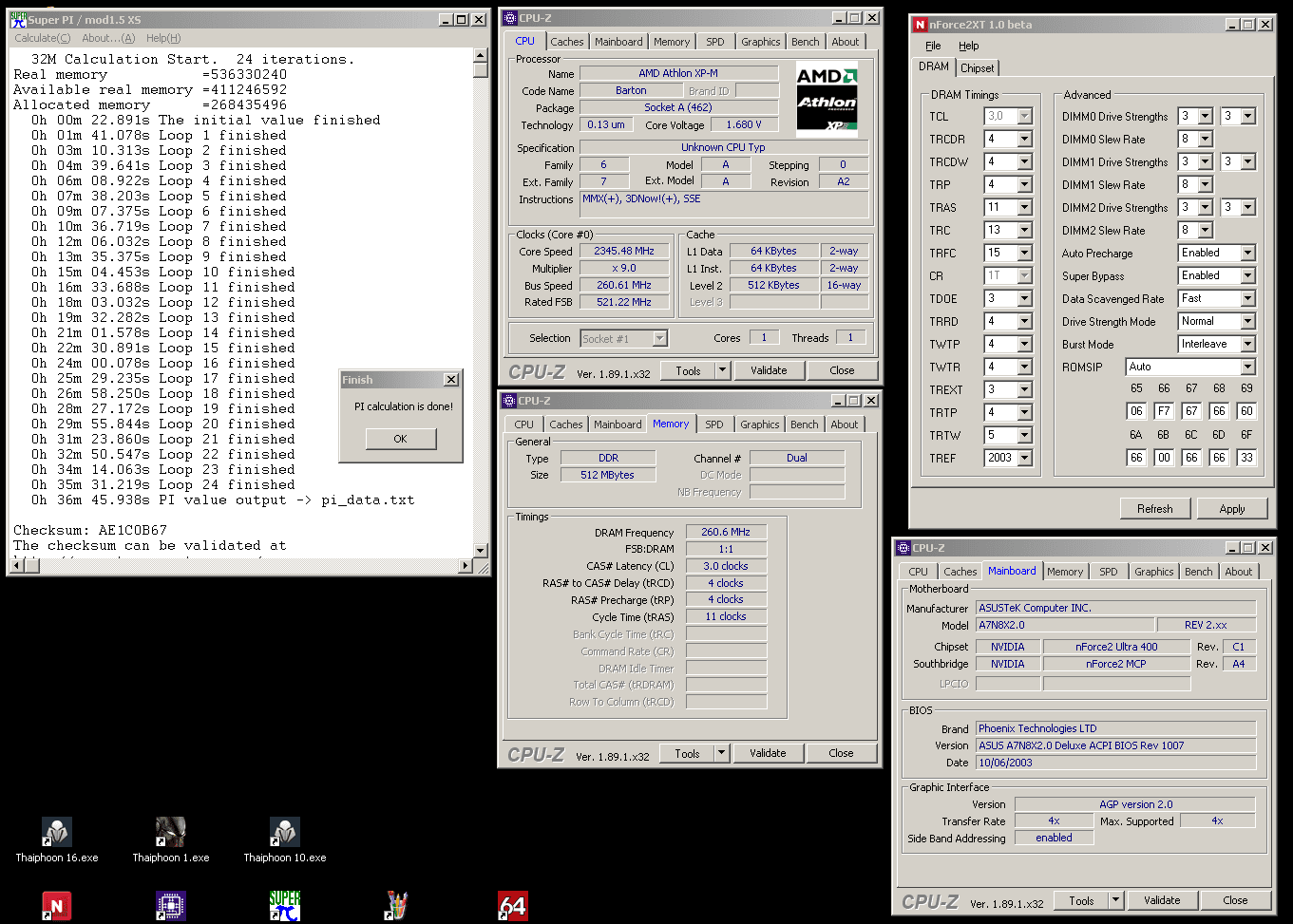 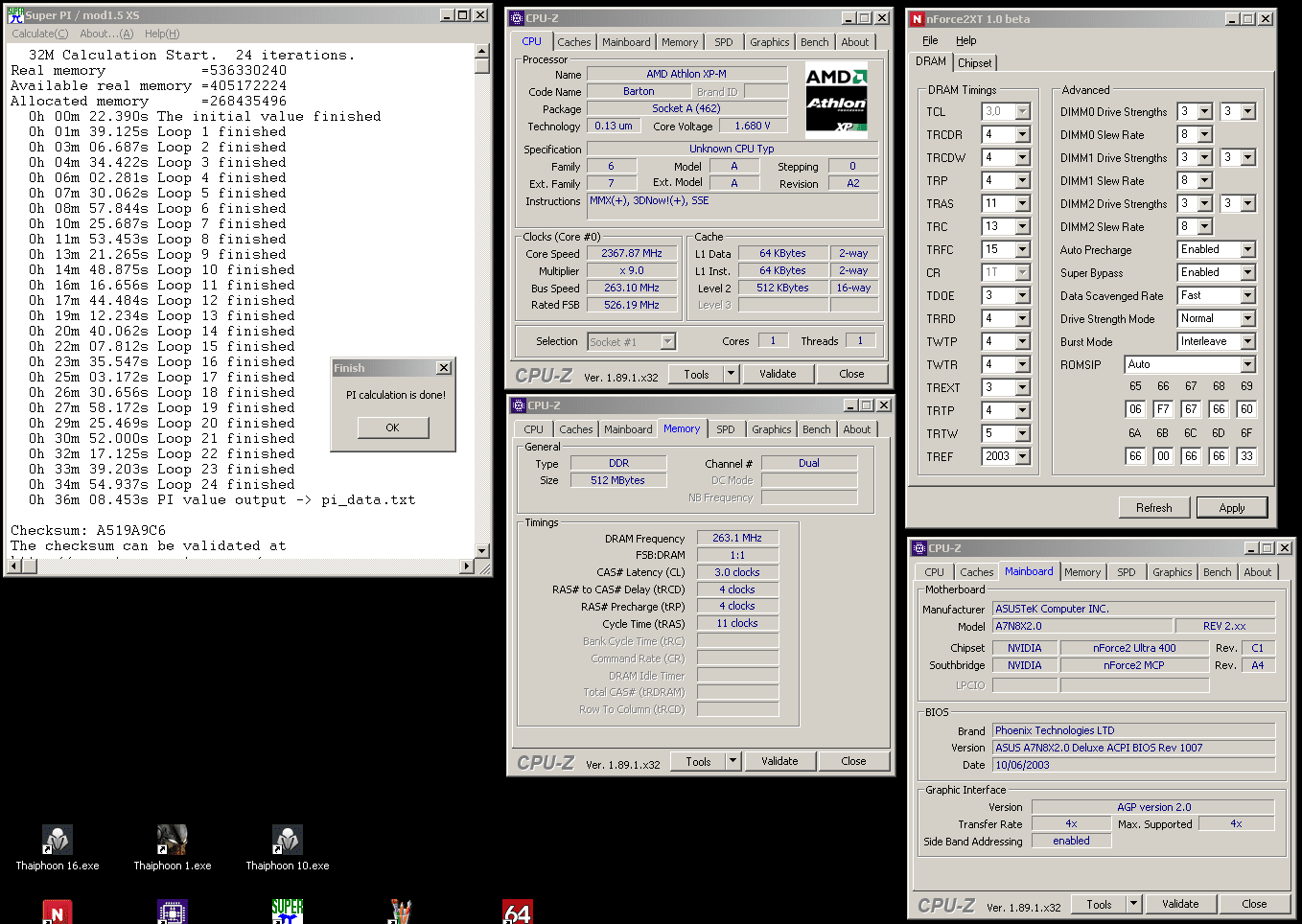 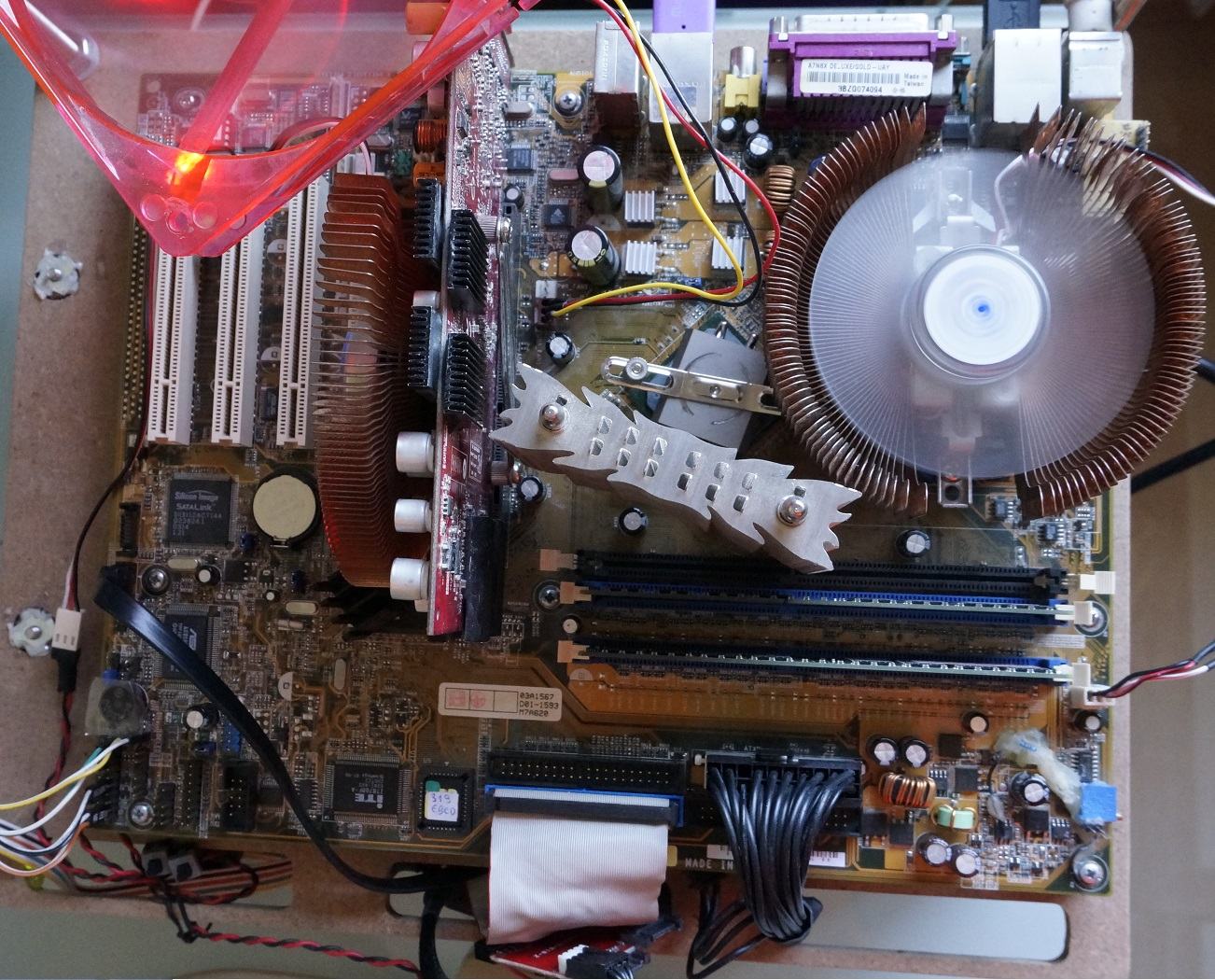 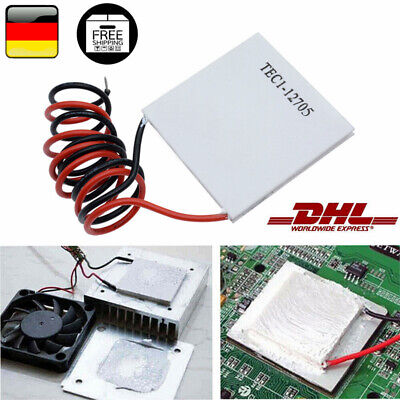 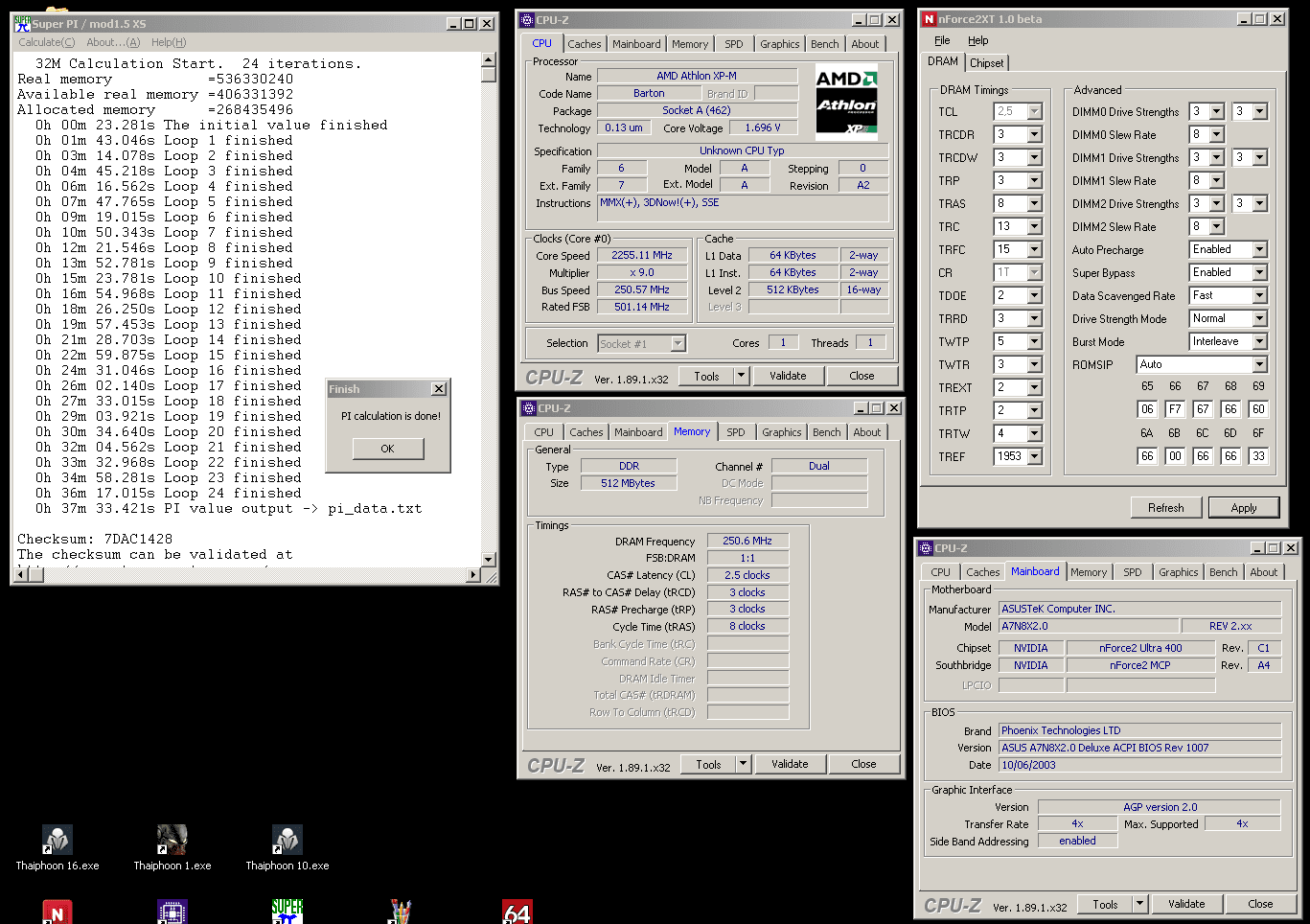 
D43 – This is probably the most common Hynix ram and is easy to find. This ram offers very high frequencies, but at the cost of sacrificing timings. D43 is rated at DDR400, or PC3200. Hynix D43 ram can usually clock up to around 260-270 MHz at latencies of cas3-4-4-8. This ram is often called “Intel ram,” as Intel setups benefit from higher memory bandwidth and are less dependent on latencies. This might not be the ideal ram choice for an Athlon XP setup. Unlike Windbond ram, this ram requires relatively low voltages to operate at its best. D43 usually operates at its best at around 2.8 volts. This makes it a great choice for anyone not wishing to mod their motherboard, or get a DDR Booster. This ram can be identified by the last 5 characters of the part number being BT-D43, CT-D43 or DT-D43. There are different revisions of this ram, and usually the later revisions clock higher. In this case, the DT-D43 would be favorable. This ram is found in lots of PC4000 models such as Kingston Hyper X, Corsair XMS, Patriot and many other offerings.

D5 – This ram is similar to the D43, but offers higher clocks and tighter timings. D5 is rated at DDR500, or PC4000. This is not necessarily guaranteed, but on average, D5 seems to clock to around 270-280 MHz, and in some cases can approach the 300 MHz mark. At 250 MHz, the timings are usually around cas2.5-4-4-7, instead of the D43’s cas3-4-4-8. This makes it a better choice if you can afford it. Where D43 is usually considered as “Intel ram,” the D5 is arguably a great choice for Athlon 64 setups and Intel setups. Once again, for Athlon XP, Winbond offerings might be a better choice. Like its brother D43, this ram does best at 2.8 volts. Another area this ram shines is at lower frequencies, the timings can be tightened almost to the point of being comparable with Winbond chips. This ram is capable of cas2-3-3-X at around 210-220 MHz. Because of this, it is a very versatile ram and would make a good choice for almost any system. D5 can be identified as saying BT-D50, CT-D50 or DT-D50 in the end of the number on the ram chips. The latest revision, DT-D50 has been known to run lower latencies at 200 MHz, making it comparible to TCCD. It will not usually run 2-2-2-x timings, but possibly 2-3-3-x. It also clocks very high, sometimes above 300 MHz. This ram can be found on OCZ PC4000 rev. 2, Corsair XMS and various other offerings. It is not the cheapest ram in the world, but well worth the price for it. 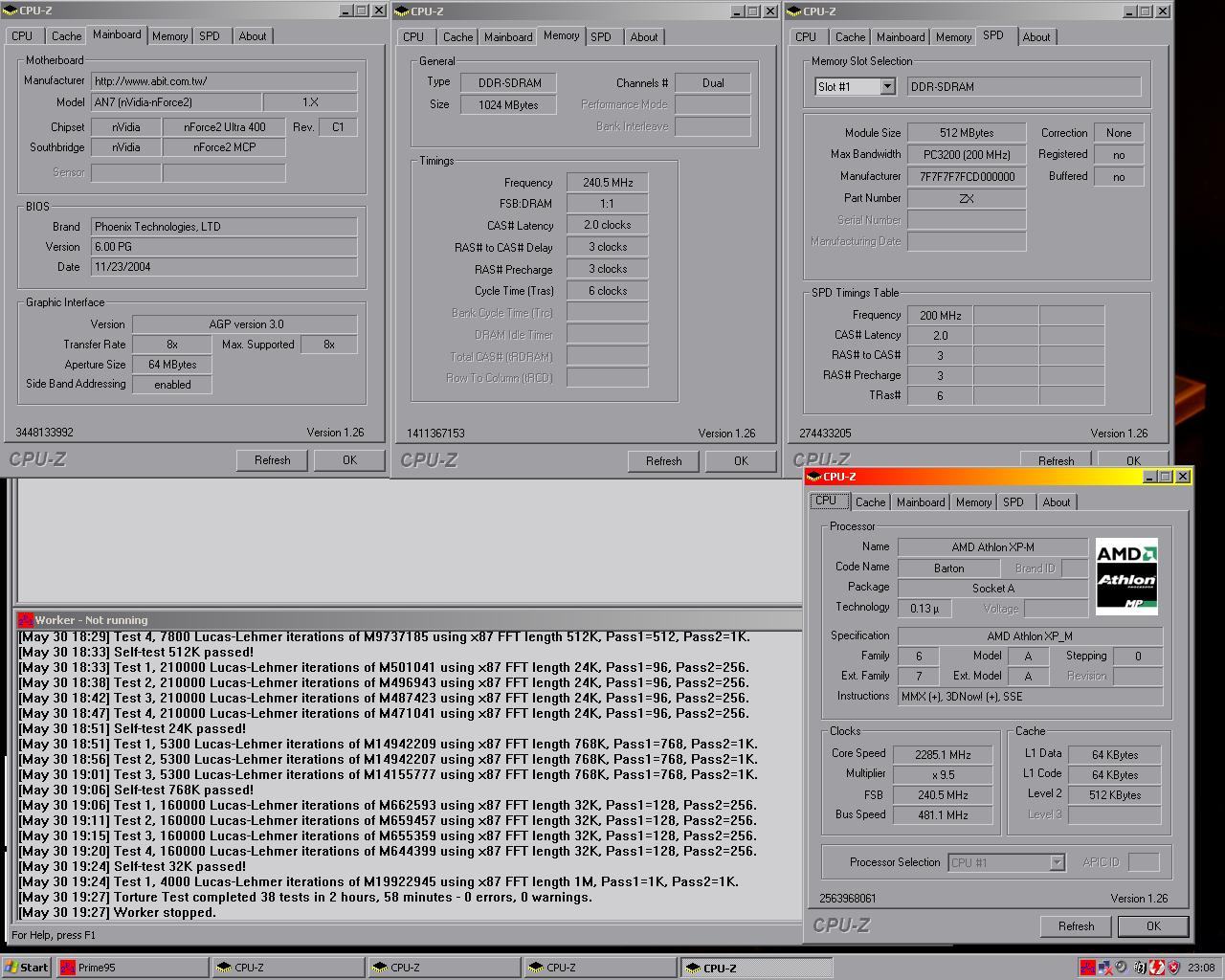