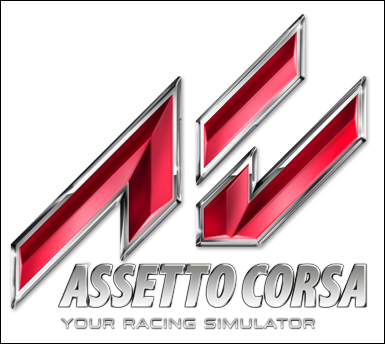 
The Clubsport wheel I was using did seem to be to be weaker than I am used to as the force feedback had been turned down to for the purposes of the general public’s use. Where AC really comes into its own is in the communication a driver feels through the wheel. Judging braking areas is very natural as the car squirms, and without any audible tyre noise it was still very easy to feel the understeer and subsequent yaw in the car
Zum Vergrößern anklicken.... First of all all, we would like to apologise for the lack of updates and news related to the release of Assetto Corsa. We have been working very hard on the Assetto Corsa project and before we make any more announcements we have had to wait until everything is in place. Now, at last, we can share some important information with you, our fans.

Almost a year ago, on December the 23rd, 2011, we announced that we are developing a new PC racing simulation, “Assetto Corsa”. Our aim was to be able to release the game one year later, during 2012’s holiday season.

We know a lot of people are keenly waiting for the release of Assetto Corsa, and we wish to thank them for the support they have given us since we announced our most ambitious project.

If you are an experienced gamer you will already be aware that these kind of delays can happen, and will know as well that reasons for such delays can be boring. But, trust us, this is not the case, because the reasons behind our decision to delay Assetto Corsa for a few weeks are the best possible.

We just ask you to remember that what you have seen, what we are able to show you, is just the tip of the iceberg. It is not possible for us to help you understand the amount of work we have put in, as well as the many situations that can determine some of our choices.

Anyway, on December, 21st 2012, at 21.00, European time, please connect to Assetto Corsa | Assetto Corsa racing simulator, orwww.facebook.com/assetto.corsa , or https://twitter.com/AC_assettocorsa or Assetto Corsa Google plus and prepare yourself for the most unexpected ending we are able to give you…
Zum Vergrößern anklicken....