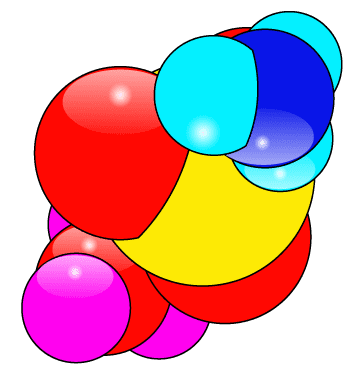 mxj1 schrieb:
Proof of concept works fine. There is still room for QOL improvement with the design. This requires low profile molex connector to fit under the cover, and of course only works with nfa20.

there should be one more piece to support the quadro during plugging and unplugging - I will work on that.

and looking from the side now, if you could use @Midium pcb and @deveth0 neutrik cable, you could have a VERY nice and tidy Mo-Ra.
Zum Vergrößern anklicken....

mxj1 schrieb:
You're getting on well ...

My German is as good as Google's. Without Google you all may as well be speaking German to my English. : D

My idea is to make a harness for the mora. this allows all pieces to be plugged and unplugged individually. This adds extra cost and complexity, but yields to a more serviceable part in my opinion.

2. I connect the fans by tapping directly into 12v / GND from the socket. This supplies clean, stable power at all times and you don't end up with fans that flutter when starting (one of my D5 Next can only start three fans. The fourth always flickers). I do this by creating two additional four pin male fan sockets to split power and pwm circuits. One socket provides the power and the other socket is connected to a fan cable that goes to one D5 Next with rpm and pwm. When the power is tapped from the neutrik and the rpm / pwm is tapped from the D5 Next, this creates one single socket for all 8 nfa fans to connect to. Maybe this picture of the mora cover will help.
Anhang anzeigen 657967
For 12v / 5v / GND connection I use a 6 pin atx connector because this is a better connector than four pin molex, and the connector is small enough to pass through the hole thats required to be drilled in the mora grill cover. Otherwise, removing the socket would require de-pinning the molex and defeats the easily serviceable aspect that I want. The USB connection also gathers 5v and GND from a splice in the wires after the neutrik socket.

4. You can ground the neutrik socket exactly how your illustration is drawn. My understanding for this extra wire is just a drain wire for shielding the USB data thats transmitted within the cable. Someone like @ deveth0 surely knows more about this than me though. However, this is not 100% necessary. I would do this if transmitting vulnerable data for some distance, but its hardly required and can be safely overlooked for just a mora project.

9. heat shrinking over the soldered terminals is not required, but does lend to a better finish over all imo. The distances are great enough between pins that there is no chance of arching if done correctly. Also, "don't poke your screwdriver around in there with no insulation."

I've added the bracket to thingiverse . I am new to sharing files so please tell me if there's a problem.

Also for the quadro friends, I've added it here .

@RaphaFluffa I'm struggling, but finding out now the hard way that both d5 next need power, ground, and data wires through the hubby to work in aquasuite. please add the red and black wires to your diagram/plans.
Zum Vergrößern anklicken.... 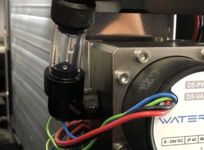